My other rant from the DR trip

When it was time to head home from the Dominican Republic and after checking in with Delta, we headed through to security. When we stepped up to security, I took our bags, shoes, and food and put them on the conveyer belt. I wheeled Liam to the metal detector and waited our turn. Security started speaking to me in Spanish. I spoke back in English and motioned that Liam couldn't come out of his wheelchair. They motioned me to take him out and continued talking in Spanish. I motioned that he doesn't come out of his chair and they just continued to stare at me.

I am speaking English. I don't expect them to speak my language but since I just came from a counter where everyone spoke English and I was obviously trying to convey something about my obviously handicapped son, I assumed they would get someone who spoke English. I was not removing him from his wheelchair. Man, was I wrong.

They continued to look at me.

Finally a woman came across the detector to my side and asked me if he was a nino or nina. I said nino. She then motioned for me to take him out.

I might have started to get teary eyed at this point.

I shook my head no at her.

Rylie is standing to the side and telling me that they aren't going to let us through that I should just take him out of his wheelchair. I, however, was adamant that I not remove him from his "legs" and that it was a violation of all things sensical and humane for disabled persons to be treated in such a way. I knew Liam, who can not stand changes or transitions, was going to get upset, cry, and try to throw up on me right there in security at the airport all because they were too inept at how to handle a person with a disability who is in a WHEELCHAIR!

Rylie just looked at me like I was nuts.

The security lady just looked at me like I was nuts.

I wasn't getting anywhere.

Which meant I wasn't going anywhere.

I went against every fiber of my being and started taking Liam out of his wheelchair. And he started to cry.

Rylie took the chair apart and put it through the conveyor.

I stepped up to the metal detector carrying Liam who is now trying to throw up on me. Deep down I am thinking this is one of the most humiliating things I have ever experienced in my life and they kinda deserve to get puked on. At the same time I'm thinking that I don't really want to travel all day with puke on.

I walked through the detector when motioned through and by this time Liam was so upset and awkward to hold that I had to kneel down. I am now sitting on the floor just past the detectors waiting for them to come pat down Liam. The dude honestly did a tiny swipe of his left and right side and that was it. He couldn't really get to Liam with the way he was curling into me all agitated.

I was furious by the time it was over. I really was. Did they expect a 10 yr old, 15 yr old (insert an age), etc... to be taken from their wheelchairs and carried through a metal detector? The idea was preposterous and yet I was expected to do that with my 7 yr old. What happened to common sense? It apparently isn't very common these days, eh?

Coming into the US and going through security here was a breeze. When I got to the metal detector in Atlanta I looked at the man and I said "Please don't make me take him out of his wheelchair."  This sweet angel of a man said he wouldn't ask me to do that. I was able to go through the gates with Liam in his chair. After getting through we both got bomb residue tested (like Liam could make a bomb when he can't even hold a toy) and we both got patted down.

It would be great to have my grievance heard by the powers that be at the Santo Domingo Airport. I would just like them to understand a few things. I did email customer service after a few days of being home but I've never received a response back. 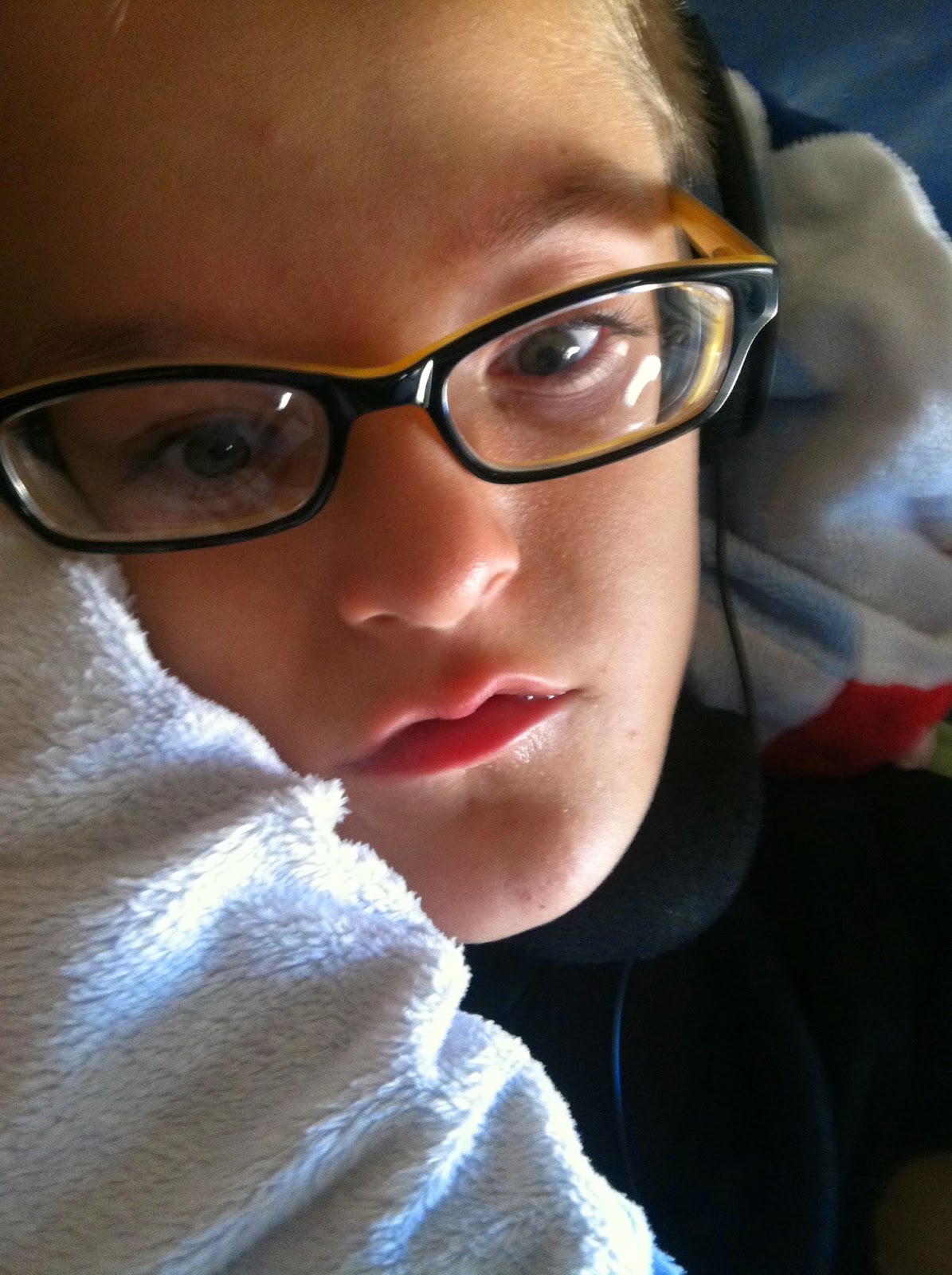 I want to be clear that I don't think they were doing anything malicious or intentionally humiliating. I believe they didn't think anything of what they were asking and didn't pay close enough attention to notice that Liam wasn't just another little kid in a stroller. If they had taken the time to look, and for sure they noticed afterword, my wee man is not your typical kid. He isn't even your typical special needs kid. But he is different and that was obvious.