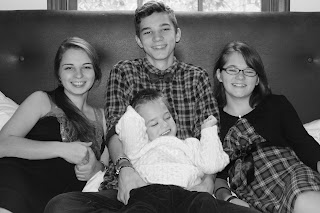 We hope your Christmas was jolly. 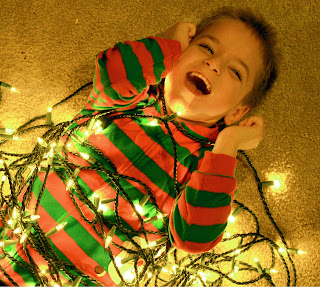 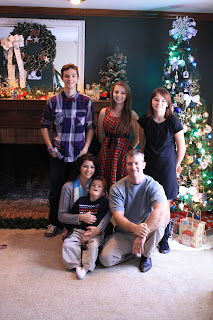 And you were able to spend it with the ones you love. 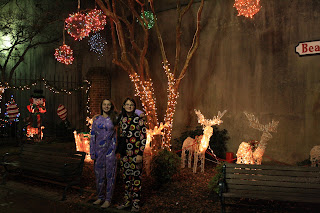 We hope you were able to be goofy (we walked around downtown in our onsies). 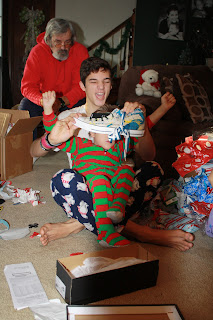 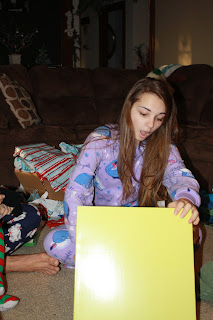 And you got something you really wanted.

But most importantly we hope you know about the little babe who came so long ago, so we could learn how to truly live, giving us the real reason that we celebrated this Christmas season.

We don't speak in nouns.

Liam had an aug. com. (augmentative communication) eye gaze trial last month. I was interested in it as the future means for helping Liam communicate but did not go in with the assumption this device was going to be the one for us.  We spent an hour with the better part of it simply communicating to the speech pathologist what Liam can and can't do through his cerebral palsy, what he can and can't see from his vision impairment, and what he does and doesn't know (presumably) language wise.

The speech path. determined that Liam isn't ready for a device right now at all. She felt Liam needed to know more verbs and not just all nouns. She said we don't talk in nouns, we use verbs, so he needs to know more verbs. We needed to make some sort of frame with words or pictures for the verbs and teach them to him. I left mulling over what she said and knew our speech teacher would be able to help us implement the plan the speech path. was talking about so we could get him ready for communicating through a device.

After getting home and thinking even more, my ruminations brought me to a couple of conclusions.
The next week when I received my reminder call for his therapies they told me that Liam's speech teacher had quit. It was honestly one of the most shocking things I've ever heard. I was absolutely dumbfounded. I literally could not speak on the phone.

As anyone who works in therapy knows, you build a relationship with your clients and vice versa. We had been working with Ms B. for 2 years. Liam knew her very well and she knew him well.  Liam would respond to her. She could read him. And all of that work was gone, with out so much as a goodbye, it's been fun working with ya.

I really feel we wasted our time at the aug. com. trial because the teacher involved with the appointment who was to help us go forward getting Liam ready for a device by implementing the speech paths. plan is now gone. We have to start over from scratch.

I took a couple of weeks off from therapy there. I was disgusted that a woman we worked so closely with didn't even say goodbye. I thought very highly of her and was told that she must have forgotten to tell me. I didn't buy that. Our very last time working with her and she says nothing to us when we leave? That doesn't make sense. I've since found out she didn't tell other parents as well. I'm hoping she hears how upset we all were and learns that parents need to be told in advance. And that you properly say goodbye to your clients.

We started back in therapy two weeks ago with the new speech teacher. I told her on our first session that I was not trying to be short and nasty with her but that I really had a hard time with how things had gone and was so disappointed with it all and I just couldn't keep that all from showing. She said she understood and on her behalf, she is trying to help us get on the road to a speech device. It's just going to take longer for her to get us there because she doesn't know Liam. His school speech teacher has been working with him for 4 months now and she still feels like a novice with him. So, it's going to take some time, but I know we'll eventually get there.