I'm a pretty open book. I don't think we learn from each other by keeping ourselves afraid of vulnerability. God allows us experiences that we don't think are fruitful but they allow us to help others, which means the experiences, while not to our liking, actually have purpose beyond us and aren't always about us.

Which leads me to a family update! Bear with me, this is long but so important.

We have always called Aidan quirky. As a child she was outgoing and would make friends with children years ahead of her. She could boss them around and they'd love it. I'll never forget when she was 9 and we were at the park where she was carrying on a conversation with some older kids. When they found out she was only 9 they couldn't believe it. When I asked them why they thought she was much older they said it was because she could argue so well. Quirky. We never had any issues with her in her youth. Ever. She was a model child.

As Aidan eased into her late tween years we noticed a marked shift in her personality. Arguments became black or white, no grey area. She became literal. She lost all patience with her siblings and pushed them away by her attitude. Her response to what we saw as significant behavior issues was not typical. She became socially awkward. And anxiety started to set in. She would fixate on future events (years in advance) and panic about it. As parents, we struggled along with her because we saw a dramatic shift in her personality. We could not understand where the behavior, the anxiety, the arguments, the strange thought patterns, were coming from. Was it stress from being the third sibling with a severely disabled younger bother who took all our time? Was it the loss of two beloved siblings playing itself out in behavior issues as a teen? Was it something at school? We loved her very much but she was pushing everyone away and made it hard to like her. Still, we struggled to parent her appropriately.

It was an afternoon like any other when I was driving home with Aidan and Liam. I decided to play a little joke on Aidan and it backfired terribly. She didn't realize I was joking. I didn't understand her inability to realize I was joking. It started an argument and ended with her in a full blown panic attack as we walked in the door. She was hysterical, breathing shallow, sobbing, and incoherent. I couldn't talk to her because she couldn't even hear me. I felt like she needed a slap back to reality, like what you'd see in a movie, but I couldn't do that to my girl, so I turned around and had to walk away from her. It was at that moment I finally realized she needed help. We took her to a child psychologist who diagnosed her with anxiety. We started her on Prozac and she started working through her intrusive thoughts and anxiety. She started to calm down and was getting better.

All the time this is going on, I am meeting every two weeks with special needs moms, all of whom have a child on the spectrum. They would say things their kids did and I'd say, "Aidan does that!" I'd tell them things Aidan did and they'd say their kids did that too. I even went so far as to say, "If there is a line you cross that says, 'Now you have autism.', Aidan is smacking her head on the line." I really said that. Over and over. 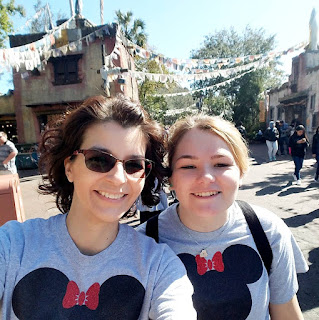 Also at the same time, our oldest daughter was taking a class on autism. She called me up and tried to gently ask me if I had ever considered that Aidan could have autism. I said yes, I'd considered it, but anxiety is co-morbid with autism so Aidan is going to have traits with kids with autism because of the anxiety alone. So, no, I didn't feel she had autism. Just severe anxiety. She was too typical all her growing years. It was all the anxiety that had started in her teens that was the problem. 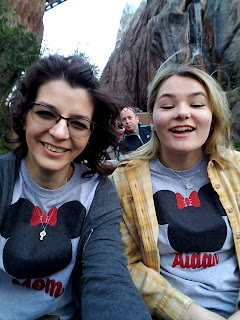 And Aidan is still researching. Still trying to figure her brain out and why she feels so different from everyone. She would bring up a diagnosis and I'd say no you don't have that. And then she finally lands on Asperger's.   I ask her if she wants to see a psychologist to see what they think and she does. So I meet with him first. We take home packets of information to fill out on Aidan. Aidan has her own packet. And then we fill out a packet together. I can already see where it's going by the questions and the responses. Aidan meets with the Dr alone and that appointment along with the stacks of filled out papers help him make a determination. I meet with him alone, again, and he tells me she has Asperger's. Or what it is now known as Autism Spectrum Disorder level 1. But the Dr prefers to use the term Asperger's. It came as a shock. And then it didn't really shock me either. I wondered how I'd missed it when I had jokingly said for so many years that she was smacking the line. I wonder how I missed it when I was meeting with autism parents for years and saw some quirky traits in Aidan but also didn't see them either. 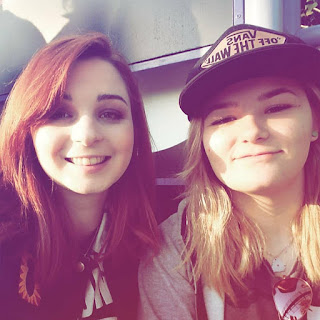 I wonder a lot at how much different Aidan's early teen years could have been if we had known what she was going through. If we had gotten her the help she needed before pushing her siblings away and pushing us away. If we could have understood that she wasn't being stubborn, irritable, and miserable on purpose. How might it have been if we'd been able to work with her instead of against her in her struggles?

I still think back to her childhood and how there was not one single sign of her being on the spectrum. She excelled at school. She excelled with friends. She was naturally bubbly and outgoing and personable and never got into any trouble. She never had any issues that threw up a red flag for us. And her Dr said that is actually very typical for girls who are just barely across the Asperger's line. They hide their issues so very, very well. Some will go their entire lives not knowing they are on the spectrum. They aren't the typical issues that people see and think of when they hear autism and so it's easily dismissed as quirky. It's not noticeable unless you know what to look for.

This is the first time we've talked openly about Aidan having ASD1. We are so immensely proud of her and what she has accomplished. She is in college full time and doing well. She has her brother's old job working at a gym and is getting her license this month. And my goodness, this girl travels to Belarus every year by herself, to run camp for special needs families! Most importantly she has learned all about herself through this diagnosis and how to manage herself in situations. And she is helping us learn right along side her.