Friend-You have a blog?
Me-Yeah, I actually do.
Friend-What's it about?
Me- Well, nothing lately. 😜

There is so much to write about lately and I just never put my thoughts to the blog.

I'll start to ease my way back in because there was just too much drama this summer to put in one post. I'll start by saying we put Liam on cannabis oil and its the best thing we did. 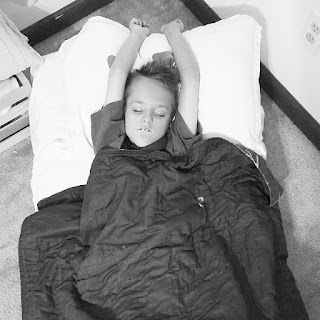 His recovery from his double osteotomies this year was long and painful. He didn't move his legs for months after the surgery and for many months more he barely moved them. When he finally started to pull his legs up while on the floor, he would get them stuck and then cry because he couldn't put them down.

And then there was the sleep. He would wake up miserable many times a night. It's times like that I'm thankful he's in my room because I can roll out of bed and be right there to reposition him.

I'll explain in another post how I got into cbd (cannabis) oil but it has been a game changer for Liam. He's been on it now for 4 months and we've seen a lot of benefits so far. He's sleeping, his pain from his hips is gone, and that leg thing where he would get stuck in position? Gone. 💚

Summer was challenging this year. I'll save those moments for some later posts if I ever get back here. Needless to say, I'm happy to welcome fall. And hopefully less drama.