No, that title isn't a typo. I really did wait 7 years between neuro appointments. The last time we went it was a joke (Dr said stem cells aren't helpful,  it was a shame Liam is blind, said if he had ataxia CP it was the worst he's ever seen, blah blah- I mean he was older than America so I just uh huhed him at every turn) and other than giving us a new med to try it wasn't a helpful or productive appointment. After finding out the medicine had some pretty serious side effects I never even put Liam on it.

Fast forward to this summer. Liam's weird jaw issue has not abated in the least. Some days he's great and other days it's a non stop battle of forcing his jaw shut against him cocking it open and gasping for air. So, we decided to see a new neuro and prayed there was something that could help Liam because baclofen isn't cutting it. Maybe he needs a higher dose? I dunno but that's a different Dr, so off to Chapel Hill we went.

Three hours of driving, with two of them spent listening to Liam cry, we arrived. I hate that drive. Anyway, got called back pretty quickly and to my utter horror, the exact same neuro walked in the door from 7 years ago. Now he's older than dirt. My jaw dropped open the moment I saw him and I turned to my mom so he wouldn't see me gaping at my horrible luck.

He grinned and said hi and asked me how the medicine worked all those years ago. I told him I wouldn't know because we never used it and honestly, if we had, I've had too many sleepless nights since then to remember if this particular one worked well or not. He did spend a lot of time learning about Liam and how he is doing in school and with his eye gaze and spent a lot of time playing with Liam's sweaty hands. He asked if we knew what kind of cerebral palsy Liam has and I told him he told me years go that he felt Liam has choreoathetoid CP. Or it could be a really bad worst case scenario ataxia. He was playing with Liam's hands at the time and said his lovely loose hands and free movements of them showed to him that Liam has choreoathetoid. I asked him how many kids he's seen like that and he said 4-5. It's not very common and it's stupid hard to treat. Stupid hard.

He mentioned the medicine again, levodopa, which is a Parkinson's med, and felt it was worth a try. He said Liam has damage to his basal ganglia (that has never been shown in his MRI) and that that has caused Liam's rare form of CP. He said some kids with different disorders that affect the basal ganglia learn to walk after going on this med (that will never happen for Liam) and it could really help with his extra movements. He also mentioned a patch to help for the days Liam likes to push all his saliva out of his mouth instead of swallowing it. Love those days.

I decided to give them a try and he went out to get the rx. Ten minutes later he still wasn't back. I go out in the hall to find him and one of the nurses asked me what I need. I tell her I'm looking for the Dr and another nurse said she heard him in his office dictating notes. I cried WHAT a little loudly and the ladies started laughing. I told them I hadn't been back in 7 years because I was hoping that Dr had retired. They laughed even harder and said they have heard that before and others were wishing for the same thing. One of them went to track him down and another 5 minutes later he came back with the rx. As he walked in the door he told my mom she had come with me the last time (good memory) and then asks me if I want a business card. I said sure and then he hands one to my mom saying she could have one too since she came with me, like he was handing out lollipops for good patients. He left and we walked out the door laughing. 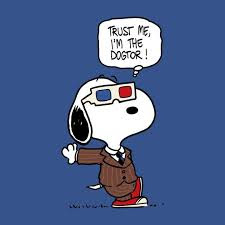 I couldn't be angry. Frustrated yes, but not angry. I should have checked to see if it was the same Dr seeing Liam, so that is all on me. I had assumed he's retired. I'm not kidding he's OLD. I was hoping for young fresh eyes on Liam but maybe that will happen next time. I did feel the appointment was useful as we had two new meds to try. He said we would know right away if the levodopa would help and I'll leave that for another post. ;)
As told by Jennifer at 1:20 PM