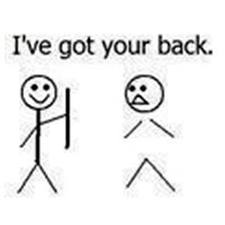 We finally had an appointment with Dr. Kid this week*. We haven't seen her since October so a lot has transpired for Liam since then. He's had a visit with an old school neuro, a Russian endocrinologist, and one gung-ho high calorie GI NP.

We had a lot to catch up on!

I told her all about how the neuro appointment went and asked her if maybe we could find someone else who would take Liam seriously as a patient and not a number. She thought that would be a great idea especially since Duke is doing cord blood stem cells for kids with CP. I hadn't thought of that. We always get shuttled to Chapel Hill for everything so Duke just never entered my mind. And Dr. Kid is all for us doing stem cells. I talked with her frankly about our options, where we want to go and what it entails and she said to go for it. She's frustrated with how politics has taken over and ruined what stem cells mean (most people think embryonic) and she understands why we want and need to leave the country. She can't wait for the day that it's being done her in our country.

We discussed the findings from the endocrinologist and while she had never heard of the endocrinologist we went to nor how we ended up with that particular one, she suggested seeing another endocrinologist at Duke. I told her I didn't want to waste another full day of driving just to be told the same thing; that Liam doesn't need any help with growth. She understood and asked me if I wouldn't mind her emailing him for us. Absolutely not. Email away! If he is of another opinion, I'd be glad to hear it. I just don't want to drive hundreds of miles to be told the same thing.

We also talked about another round of HBOT. She was all for that as well. Until she heard where I wanted to go. Because the Dr. there has never treated kids with CP, she was unwilling to write a new RX for it. She said if I wanted to go anywhere else she would write a new one right then and there, but because this Dr. doesn't treat kids, she did not feel she could comfortably write the RX. I completely understand that. I did explain that a chamber is a chamber and it doesn't matter if it's a kid or an adult in there, the chamber operates the same. She told me to give her Dr. O2's number and she would personally talk to him about it. If after talking to him she felt comfortable, then she would go ahead and write a new RX.

I love Dr. Kid. She spent 45 minutes with us at the appointment just talking to us over everything, working out the next steps and taking the initiative to make those things happen for Liam. It's awesome to know that out of all the Dr.s we have seen, at least one of 'ems got his back.