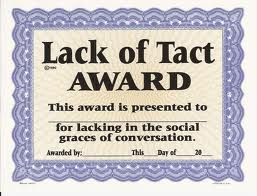 Aidan got sick last week and had to be put on a pretty potent antibiotic. We didn't even finish the course because it tore her insides up. It gave her diarrhea and caused her to vomit one night while in bed. Two days after I stopped the medication she came home from school saying her bladder hurt. After figuring out she had a UTI from the heavy antibiotic use, I knew I needed to take her to the pediatrician. It was late Friday afternoon and Rylie and I were literally on our way out of town for a volleyball tourney. We took the first appointment we could.

Wouldn't you know it, we lucked out and got the pediatrician I never cared to see again. The one who said I shouldn't worry about Liam gaining weight (back when he was ONE and hadn't gained weight in months) because he'd be in a wheelchair all of his life anyway. The one who said I wouldn't want to have to lift and carry a heavy child anyway. The Dr. with no filter. No tact.

Aidan's appointment turned into a Q & A on Liam.

I know he was curious about Liam since he used to be Liam's primary pediatrician and we haven't seen him in well over a year. He asked me how Liam was doing. I told him that Liam was doing ok. But that intellectually he is starting to progress...he knows his colors, is learning numbers, letters, etc...  I told him that Liam had made good progress after his last round of oxygen treatments.  He asked if Liam was a part of a study so that my statements could be evaluated and used to prove that he had actually made progress from the hbot.  I told him I wasn't but that there were a lot of studies showing that hbot lessons disabilities of all sorts. An I'm not going to lie about my son's progress. What would that gain me? And that's when he lost his filter again.

He said he was just blown away that a kid like Liam could learn his colors and letters. And he would never have approved Liam to get hbot in the first place.

And that is where I got mad. Not just for Liam, but for all kids with disabilities who are written off by Dr's before they are ever given a chance.

I am glad I got to see him if only to open his mind to the reality that not everyone fits in a medical box. Not every kid responds to treatments the same. I doubt I did because this Dr already knows everything (Aidan's UTI was doubtfully from the antibiotic, he says) and has convinced himself of his wisdom.

While Liam may be very, very challenged by his cerebral palsy, he deserves (and now has) a Dr. who is going to root him on and give him every opportunity to grow and mature without shutting him down before even giving him a shot.  One who will believe in the child, not the disability.


Every kid deserves that chance.