Our vision teacher had been at a conference and saw some pictures of children in school with their arms 'tied' down. She asked them what was going on with those kids and why they were tied to their trays.

It turns out they were tied to the tray to keep their arms in place.

Hmmmm. She immediately thought of Liam.

So, with some panty hose and two holes drilled into his tray, we have: 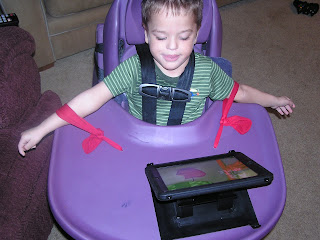 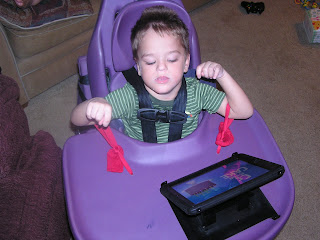 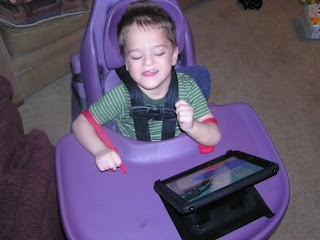 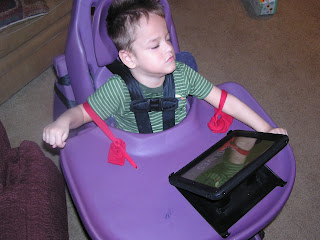 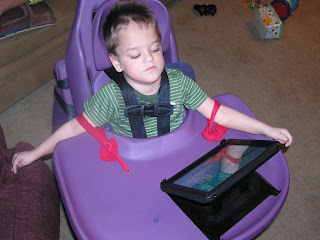 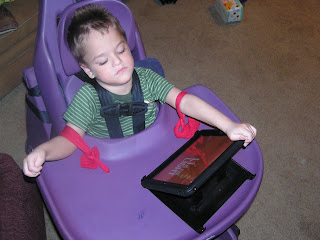 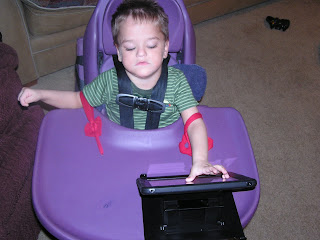 And Liam's alliance with the Red Hat Society.