A victory for our children in NC 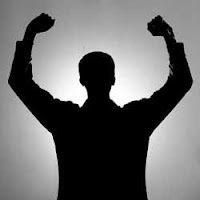 History was made for thousands of children across North Carolina on Friday when House Bill 344 (Tax Credits for Children with Disabilities) officially became law!

Gov. Perdue released a final list of bills under her consideration this afternoon, which included a statement saying that she will let the measure become law without her signature. This means the bill will become law at midnight.
This is the first piece of K-12 legislation in NC that gives parents statewide school choice where private education is an option. The measure allows parents of special needs children to claim a tax credit of up to $6,000 for educational expenses that include private school tuition, therapy and tutoring. With this bill, parents can better afford placing their disabled child in an educational environment that best meets their needs!

Thank you Gov. Perdue for not vetoing the measure, which became law behind strong legislative and public support!


This video featuring parents and children who would benefit from the measure. along with calls of support to Perdue helped make it happen.
“Allowing all of our children to receive a good, sound education in North Carolina means having them learn in the educational environment that best meets their needs. This will now be possible for thousands more of our children.”
Nearly 200,000 K-12 students in North Carolina public schools are estimated to be receiving special education and other related services each school year. This costs the state $8,160 and school districts $1,931 per student. It is estimated that up to five percent of qualified students will take advantage of the tax credit, which would annually save taxpayers up to $10 million and school districts up to $4 million per year within the next five years. This savings will be placed in a fund for special needs programs in public schools.


Programs similar to House Bill 344 exist in Arizona, Florida, Georgia, Louisiana, Ohio, Oklahoma and Utah.
“Now we can add North Carolina to the list of states that are going above and beyond by embracing the ideals of real parental school choice for families,” Allison said. “This piece of legislation lays the foundation for similar options in the future for our students.”
Now, if we could just get self directed care for our in home aid services, we could cut the budget even more. I became aware this past week that for about 5 years now they have allowed self directed care for adults with disabilities while the children still remain in the antiquated system of buearocratic red tape.