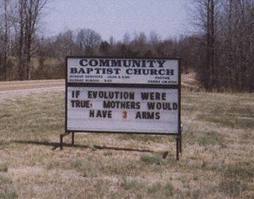 We got some really bad advice about Liam following his g-tube placement. An OT out of Raleigh specializing in vision impaired kids told us not to feed him orally at all for at least two weeks after the surgery. Her thinking was that we would be able to then slowly reintroduce food and make it fun with the result of Liam choosing to eat because he wanted to and not because he had to.

Why was that bad advice? Because it didn't take into account Liam's oral sensitivity and poor oral motor skills. Liam isn't just vision impaired, he has cerebral palsy. So when we didn't feed him for those two weeks, when we went back to it, he didn't want to have anything to do with it.

That's also when his drooling started. Once he quit using his mouth to eat he started to drool. Eww.

It's so frustrating because he was eating ok. Not great, but ok. And he didn't drool!!

Our private OT thought Liam might benefit from trying vital stim on his face to help him get back into the swing of things again. We contacted the only one she knew of in a town 45 minutes away connected to a hospital. I'm always willing to give things a try even if it's a pain to get it done.  I had to get them some paperwork and when I called the pediatrician, they called my home health agency and they called me back wanting to know what I was needing.  When I explained it they said they had someone there who could do that. In my home. Who had experience on kids (this is a commonly used practice on adults who have been brain injured).

I do love it when things work out so well. Because that is not the norm around here.

We had our first appointment this week. Can I just say first that Liam loves attention? Loves it. He was so excited to have someone new in the house just to see him. It cracks me up how excited he gets.

We didn't do the stimulation at this visit. It was a meet and greet kinda thing with emphasis being placed on me doing a lot more orally desensitizing through the day than what I currently do. The reason I don't do more is because I am afraid he'll throw up and I need all those calories in him right now.  Seriously, this kid can throw up just by having a toothbrush touch his top lip. Not even in the mouth or brushing, just the touch. Ugh, but I guess I have to start somewhere. So I'm going to pencil oral activity into the schedule and hope we can get him on the right track.

He did have a show off time of it yesterday. She asked me how he would do with peanut butter and I figured it would be a vomit inducing food for sure. I gave him some peanut butter mixed with dark chocolate and he 'seemed' to enjoy it.  I;m hoping it was the chocolate part. Cuz I'd be willing to share my stash with him if it is.