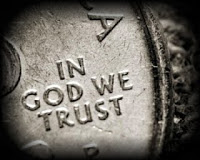 I am sure this has been said much more profoundly and eloquently than I will be able to put into words. And I'm sure if you Google it you will see exactly what I am talking about. But as we were working our way through the bible study this week in our special needs study, something hit me as one of the moms was talking and my brain just went, "AHA!" and I wanted to share my moment. :)

I'm sure you're familiar with the passage where Jesus stands the child before his followers and tells them “Truly I tell you, unless you change and become like little children, you will never enter the kingdom of heaven.  Therefore, whoever takes the lowly position of this child is the greatest in the kingdom of heaven."
*See also Mark 10:14-15,

Again, I'm sure you could Google this and find every which way under the sun that this has been exposited on. But sometimes, it's better to just figure it out on your own. It's wonderful to be working through the word in your own way and have God reveal it to you and show you something you've not noticed before.

We have been speaking about how we are to become like little children and what that really means. We had spoken on humbling ourselves and submitting to the authority of the Father like children submit to the authority of their parents. We also talked a lot on faith and how children have so much faith. They believe what you say is true because you are the parent and authority, you are to be believed simply because of your position over them and the 'respect' they have for you in that position. Look how long they believe in Santa. I have a friend who didn't know the truth of Santa until junior high...always believing what her parents said.

I've always heard that verse described with those meanings in mind. Our discussion wasn't new for anyone except for maybe my response which was that children are always asking why, having to be disciplined continually, and want so much independence that it seems so contrary to me to have Jesus want us to be like kids (I'm always and forever trying to see all sides of an issue).

But then as we were talking at our next get together, one of the moms started talking about trust. And it just hit me. I think I understood where Jesus was going.

"Humble ourselves and become as little children."

We are to lower ourselves and become as low ranking as children (they were not fawned over like in today's society, they didn't think babies were adorable, cute and cuddly). Then TRUST in Jesus. This is so much more different than just having faith in Jesus.

Trust: a : assured reliance on the character, ability, strength, or truth of someone or something

b: one in which confidence is placed
Faith: : allegiance to duty or person b: belief and loyalty to God

See the differences between the two? Faith is belief in God, an allegiance to him and no other, being loyal to him and only him. But trust is something different entirely. It's the act of fully relying on God based on his character, his ability, his truths, his word. It's the act of placing your full confidence in Him.

Our children place full confidence in us as their parents to provide for them, protect them, encourage them, and love them. They rely on us for everything. From their daily food to their shelter, children are dependent fully on their parents and trust that they will be taken care of, given exactly what they need in the proper time.

That's the exact trust I should have with my Father. Just like a child.