What will it be?


We had a little costume dressing party this afternoon to decide which one would be best for Liam and which one he wouldn't mind wearing.

Costume 1:
The Lemmy monster. Or the grass monster as Ian calls it. There are three eyes on top along
with those cute little fangs on his forehead. This costume is itchy to me but Liam didn't fuss one bit with it on. 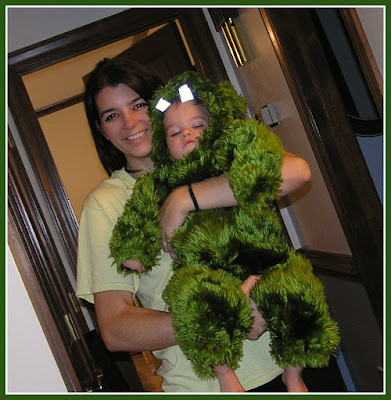 Costume 2:
A cute little unicorn. It has a fuzzy horse tail on the backside. The costume is super soft and very warm. Unfortunately it's going to be in the 80's here for Halloween. 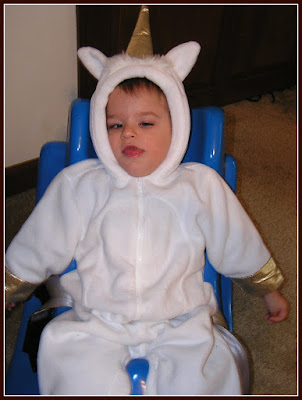 Costume 3:
A Pooh bear dressed as a pumpkin. And Pooh makes for a fat pumpkin so there is lots of
stuffing in this one. It looked very cute on. 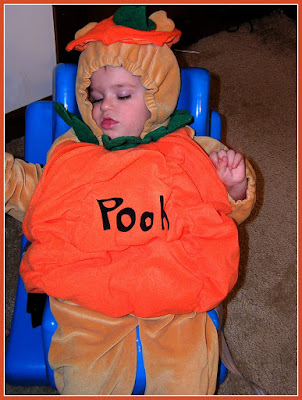 Costume 4:
A homemade bunny costume. Including the cottontail on the back.

*Notice Liam staring at me. He's just hoping it's all over at this point. He decided to just lay there, hold still and hope I was done. 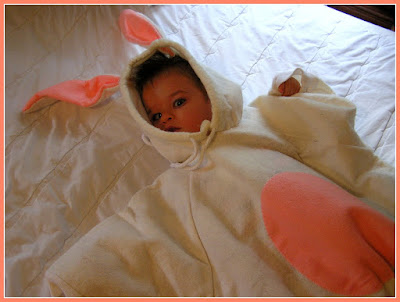 So, which costume do you think we picked?

And what are you going as for Halloween?