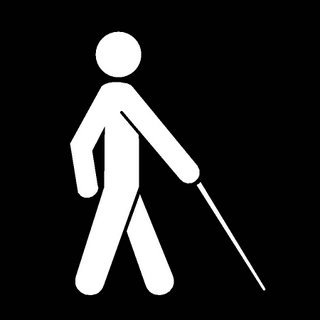 What does Liam's blindness mean?

Well, Marcia (Liam's VI teacher) and I did a reevaluation of Liam's cortical visual impairment this past week in order to have an updated report for the school system.

CVI is rated on a 10 point scale with 1-2 being the worst and 9-10 being the best. Each of these numbers then have phases of I-III.

When Liam was under one year of age he scored very low on the CVI scale. We didn't do any assessments on the scale for him then because it was just so bad. He would have been at the most, a stage 3, phase I. It wasn't until Liam was 1 1/2 to 2 years of age that we really started to see growth in his vision. When we finally assessed Liam a year ago, he was at stage 5-6, phase II. He was still lacking in facial recognition, distance, colors and details, etc.

I knew Liam's vision had continued to get even better as he grew through his twos and when we evaluated him this week we were excited to see that Liam had moved up the scale to stages 7-8, phase II-III. He's almost to a stage 9 in certain areas of his vision!

Liam's continuing struggles are with distances of over 4 feet, novelty (new people don't garner eye contact, but he's starting to do so), field loss (he doesn't look up), complexity of the environment and what you'd call your natural eye reflexes (he doesn't blink when you bring your hands near his eyes).

With the new assessment we have new goals to work on and I truly expect his vision to still continue to get better. With the oxygen treatments we've done and continuing use of supplements for brain and eye health, we've seen some wonderful changes already over the last year.

With the struggles Liam faces with his CP, it's awesome to have his vision not be a major contributor to his difficulties.

*It's important to remember that being blind does not mean that you have zero vision. Liam is still considered blind because of his visual perception issues. While he has pretty good functional vision, it isn't whole vision. And yet, even though he is considered blind, for the  most part, we don't consider him as such.