What I had to do

Out of a hundred different scenarios I could have come up with for our first day back at doing HBOT, what happened today was not one I would have ever had on the list.

Our first dive this morning went great for Liam. He was hyper and happy and did perfect. However, I did not. I had awoken this morning with a heaviness in my right ear but thought nothing of it. But just a few short minutes into our dive my ear would not pressurize. I tried everything to get it to release and all it did was crackle louder and start sending pains though out my ear and into my jaw. I figured it would release when we came back up to regular air pressure, but it wasn't even close.

Upon completion of the dive I had the attendant look at it and she said my ear drum was very very red. Almost bloody.

They told me to head to urgent care and have them look at it.  I got a PA who said the same thing. It's very red and bloody. You should go see an ENT.

I went to the ENT where I saw another PA who said that my ear was very red and bloody. Like I didn't know that at this point!

She called the Dr. in to have a look and he said that a blood vessel had burst in my ear canal when my ear didn't pressurize right. That's why the inside of my ear drum was so bloody because the other side of it was literally filled with blood. He dives in his spare time (in actual water) and told me that I might be fine to continue on with Liam as is, it might rupture or I could quit.

Quitting was not an option.

So he volunteered one final solution: Let him puncture my drum and install a tube. There would be no more worries of trying to pressurize it and he could then vacuum out all the blood in my ear preventing me from hearing out of it. 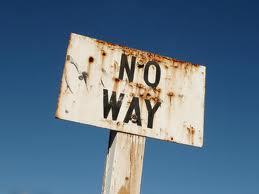 SO GUESS WHAT I DID? I went with that crazy option.

If you know me at all, needles are not my thing. I can handle them usually just fine, but once in a while I can't.

After numbing my ear he used a knife to cut the hole and then filled the hole with the tube and then suctioned out all the blood. I was super sick after that. I didn't realize it until he started telling me things and I couldn't grasp what he was saying. I apparently looked pretty pale at this point and I asked if I could have a moment to let things sink in.

It took about ten.

But after a cold compress, a fan on my face and my feet higher than my heart I got my color back.

I felt so silly.

But I really didn't like the while situation with him cutting my ear drum. I could hear it all and feel it all even though it was 'numb'.  Ewwwwww.

The blessing is that I don't have to worry about missing any dives now that this ear is free of needing to be pressurized.  My other ear started showing signs of fluid build up too but the Dr told me exactly what to do in the chamber to not have a repeat in that ear of a burst blood vessel.

We were able to continue on as planned for the second dive today.

Geeez, The things we do for our kids!