Our Easter family photo, taken as we were rushing out the door to get to church on time.

Yeah, I didn't plan that out too well. 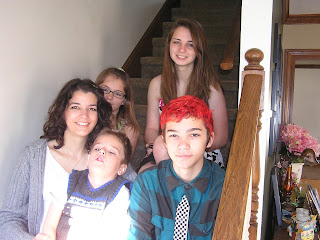 Some kids were already in the car and I called them in to take the picture. It's not often we all are dressed nice at the same time. Too bad it looks so haphazard.

Shawn is missing because he was here.

He was investigating this and making sure it was disarmed:

Last year Shawn ended up in the ER getting stitches so this was another memorable Easter for us.

This was Liam's 5th Easter celebration.

He thought it was uber hilarious when he spanked Ian while we were dying the eggs.

I'd ask him if Ian was naughty and he'd grin. Then I'd ask if Ian needed a spanking and he'd give me that huge joker grin. Then he'd help me spank Ian's arms. 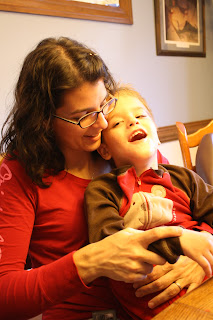 I don't know why he thinks violence is so funny.

Liam's first Easter he had only been home for a few weeks from the NICU. He only weighed 5 lbs so he fit inside his basket. 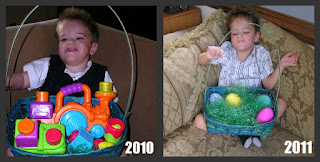 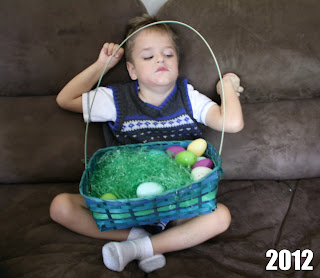 He doesn't look much bigger to me this year. Arms are still up and legs are still too skinny. Although he did bring his arms to his basket.

He wanted that basket so bad. He loved to touch and grab the grass and see what was inside. 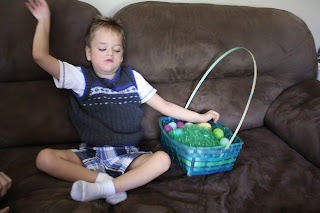 Liam got the best chocolate out of everyone.


His was the new Philadelphia Indulgence. Milk and Dark. I'm going to have to convince him to share with me.