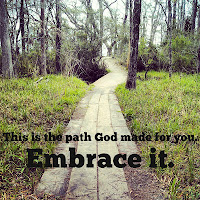 I thought that being almost 6 years out from Liam's birth the mommy guilt wouldn't be a problem anymore. But, dang if it doesn't just creep in when you least expect it.

I belong to a group on facebook of moms of micropreemies. I had completely forgotten I was a part of this group until recently when facebook changed how posts come across. Now, every person who posts to this micropreemie group gets a front row seat in my feed. I usually ignore them because they are almost 99% of the time stories of  "look at how good my 1 pounder is doing now" types of things and although I am very, very happy these kids are doing so well, it hurts my heart that Liam faces what he does.

Tonight though, a post came through about how this woman's water had broken at 18 weeks and she was pressured to abort. She fought the Dr's, hung in, and her child is doing fantastic.

Why would that give me guilt?

When I lost my mucous plug at 23 weeks and 6 days, I begged the Dr to put me in the Trendelenburg position to keep Liam and Brady in. The steroids take 24 hours to take affect and I'd only had them for a few hours. I knew they needed more time, but everything I knew was being thrown out the window by this nice, soft spoken Dr who said they needed to be delivered in a safe, prepared environment instead of birthing them spontaneously. He explained that if Liam broke the bag of waters it would be dangerous and they could better survive if they were taken by c-section.

I have mommy guilt because I feel I should have told the Dr no. Now, I know that this is a silly feeling to have because I don't know how things would have gone if I'd said no. But I do know that I might not be feeling guilty today if I had fought back then to give them more time in the womb. And it doesn't help to know other mothers in a very similar situation to mine were given more time and put in Trendelenburg. Liam's life might be more typical, his challenges might be minimal, Brady might be here... The what if's are terrible to go back and think about because I can't change anything that has happened.

That's why I usually don't read them. I can't stand the guilt.