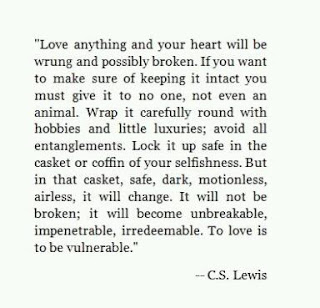 Something I don't talk about often is that I deal with disabled adults as well. I never imagined I would be working with disabilities at both ends of the age spectrum and in my own family .

My dad has dementia. He got it when he was only 47 and I was 27. It's a very young age to start having problems with remembering your own grandchildren's names and what state they live in. I wish I could say he had some rare condition that caused this to happen, but I can't. Because he did this to himself.

My dad was addicted to alcohol. He had been a functioning alcoholic all of my young life. His parents were alcoholics along with two of his siblings. But drinking a lot never interfered with his ability to work and never prevented him from being my daddy. He was what was considered a functioning alcoholic. He never missed a game and never appeared drunk. In my late teen years my parents divorced and that was when his slippery slope got out of his control.

I lived thousands of miles away from him at the time he started to lose it. I was living in southern California, he was in Missouri. At one point he didn't even have a phone so long periods of time went by without me speaking to him. After Shawn made a trip back to MO for work and checked in on him, he found him in a really bad state and we knew something needed to happen. We just didn't know what. He had brothers and sisters a few hours but no one wanted to help. They said he needed to hit rock bottom and then he would be ready for help. "What if rock bottom is death?" I had asked.  Their answer was that rock bottom was death for some people and that might be what it was for my dad.

I didn't believe that. They just didn't even want to try.

We prayed about the situation. We brought it before our small group and had them pray with us. We knew this was a big deal. We didn't know exactly what was going on and why he was having such a hard time remembering things. We knew that with the issues he was facing, moving him in with us in CA would be life altering for all of us. I had only been living on my own with my husband for 8 years. We still had a young life to live and bringing in a sick parent was not something we wanted to take on lightly. Life for us would never, ever be the same.

So, we prayed for a sign. We needed to be sure.

When I found out he no longer had a job and hadn't for months, when he couldn't recall basic information, and when he told us he kept trying to get a hold of his mom (who had died the year before), we knew it was time.

We packed up our three little ones and drove the thousands of miles to MO to pack him up and move him in with us.

I was so angry at him for doing this to himself. I made him quit alcohol and tobacco cold turkey. I refused to have any of it around my children.

Once we got back to CA we got started right away on the process of discovering what was wrong. It would become clear to the Dr's upon speaking with my dad that things just weren't adding up. And when we finally got the psychological exam it was eye opening to say the least. Everything finally made perfect sense. They diagnosed my dad with Korsakoff's Syndrome. He had given himself dementia from his chronic alcohol abuse. They told us he would be able to get better with a proper diet and no more alcohol, but that he would never be the same.He would never be able to function with a real job again.

And he has never been the same. God has been so faithful to us as we've cared for my dad. It has not been easy. We've certainly had a hard road. It's been tough trying to raise our kids and deal with someone who has dementia. It took us a while to figure out the kids weren't lying, that it was my dad making up stories because he couldn't remember what really happened. They've learned sarcasm from him, something I hate. They've learned to try and get the last word, which I hate. But they've also learned some very valuable life lessons.

They see that you don't have to win an argument. It's ok to not have the last word.

They see first hand what abusing your body can do to you.

They've learned that God's mercy is granted even to those that seem beyond hope.

They've learned that while you can't pick your family, you can choose to love them anyway even when it's not easy to do, but because it's the right thing to do.