If we want to hear Liam talk... 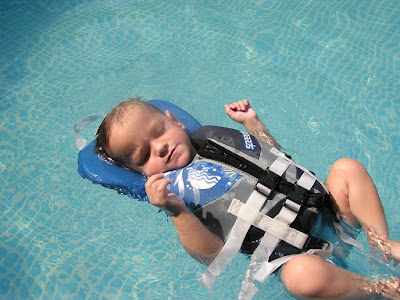 We put him in the pool. 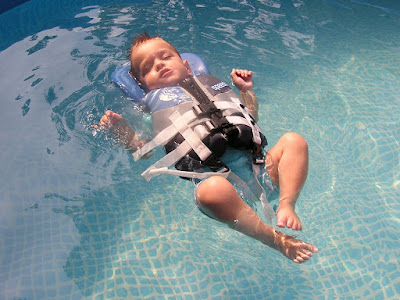 He ooohs and aaahs over and over while swimming.

Water was one of the first things I taught him about.

When he would start to vomit I would race to the sink to distract him all the while I'm yelling, "Do you want some water?" Usually he would be so interested in the water it would stop him from vomiting. Seriously. You CAN distract a kid from vomiting. Who knew?

And when he was really small we would put him in the tub and he would kick and splash and giggle. You know, those full on baby giggles that get you to laughing so hard your now crying?

Apparently he thinks water is the bomb.

That we had an 'aquatherapist'* here that could work with Liam in the water....

where he really loves to be.

*apparently that isn't a real word but it's a nice descriptor.