A stander of our own

Liam got his very own stander this week. 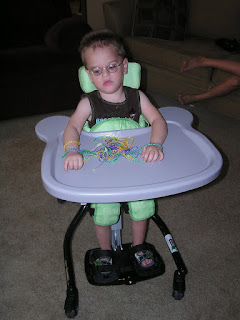 We had been borrowing a stander from our Child Developmental Service Agency but because Liam is no longer getting services through them, we needed to get our own. CDSA was kind enough to let us continue to use it for a while longer until we were able to get insurance to buy one.

Luckily they approved it.

Because the cost is staggering.

Our new one is better equipped than the last one.

I didn't want the rolling base because it was so big but I'm glad we went ahead with that one. It's been very handy to have and Liam likes to roll in it, let alone the fact that getting him in it has become a million times easier. I just wish I could convince Liam that being strapped down is worth his while. Because he still isn't fond of this thing yet. 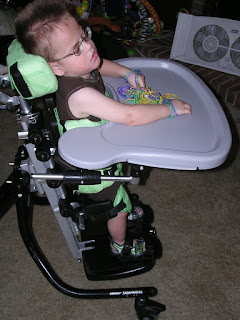