I was just reminded it of it while putting Liam to bed.

Liam has a very much favored book to read on his iPad before going to bed. We have a set routine for him where he reads that book, says prayers, get's his stuffed glow-e monkey and blankie and then usually goes right to sleep.
It's the same routine.
Every night.
The only thing that might change is if I read him some stories before his Nighty Night! book. But it's always the same once we start that book. 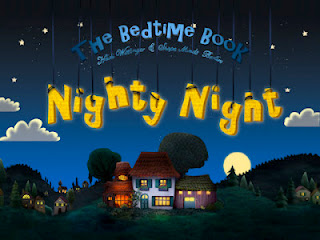 One day the app had an update that would allow you to do an in app purchase of 3 new animals. Since Liam loves this book I thought it was a brilliant idea. I added the new animals and got started reading it to Liam. I had no idea what the animals were and thought it was so cute when a bunny appeared. I looked at Liam to see what he thought and he went perfectly still. Just staring. All excitement was gone. Then the next page happened to be another new animal, the pony. And he burst into tears. The next page was the third new animal, the cats, and he was pitching a fit. He was all out bawling.

He was so upset over the change to his book that he did the only thing he can do: cry.

I was proud of him at that moment. Not because he was whining about the changes to his book. But because he was telling me: He didn't like it. I had changed it. And he wanted me to know.