A few weeks ago I was researching my family tree a little more in depth when I came across some exciting facts. On my mom's dad's side, leaves were popping up (I use ancestry.com) and for the first time I was able to take a male parental family line and follow it for generations, eventually all the way back to the 1500's into Scotland!

I found out that on my grandpa's lineage, his great grandparents, were major players in the founding of Burke County in NC. They owned thousands of acres, 34 slaves and he was a sheriff and coroner. Because he was so rich and influential and because a town out in western NC is named after them, there was numerous articles about the Greenlee family online. One of the articles stated that a cemetery near here had many of my ancestors buried there. Since it wasn't far from Miracle Mountain I knew I wanted to go see the cemetery when we got out here.

When I got to researching where it was located I found information stating that the cemetery was listed on the national register of historical places and was now closed to traffic. I called the number listed for the society and asked if we could come see it. She said sure and said she'd keep it unlocked so we could go through the gate and to just lock it when we left.

I was excited. A cemetery all to ourselves!

This is the entrance. 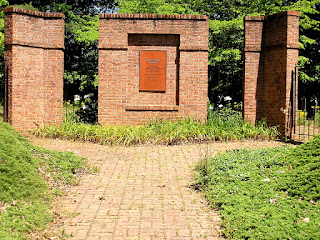 The cemetery is at the very top of a large hill on a large chunk of land that had been in the family. You can see the slant of the ground in the photo below. Once you get to the edge of the markers, the ground slopes steeply and on the north side is the Catawba River. It's amazing to think back to the 1700's and how they had to carry their dead up to the top of this hill, to a beautiful spot, for their final resting place. 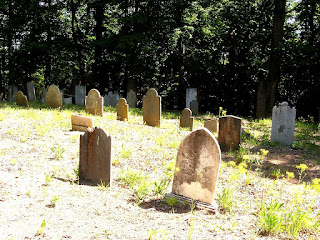 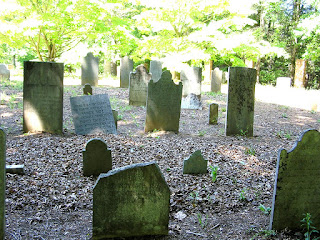 It's probably creepy but I love cemeteries. I love looking at the lives that have gone and I think, wondering about who they were and what their life was like. And to go to a cemetery with ancestors of mine from the 1700's was incredibly fascinating. There were several babies. The baby/children markers always get me. I feel like I have a connection to the emotions that that family experienced and I think of how that tragedy was dealt with in that time and place. Did they talk about them. Did they honor them on birthdays? What did they do? 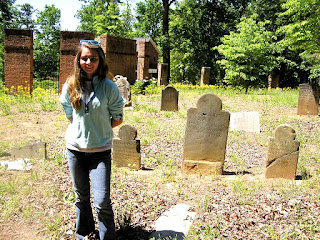 We had the cemetery to ourselves and after looking at all the markers we sat down for a relaxing lunch in the shadow of family. 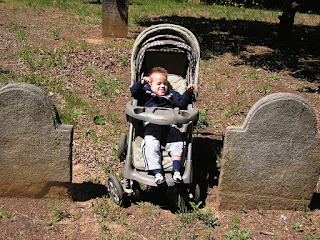 For the most part the markers were in decent shape. A few had been broken and the stones eroded of all words, but if you do enough online research you can find the surveys done of cemeteries showing the information that you can't find on the markers anymore.

After lingering for a while and taking pictures we decided to head out.

It was definitely a neat stop for our first Sunday off. 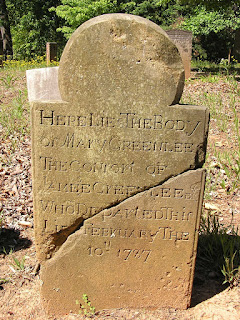