I am absolutely positive that most of you don't know that this is a day/month to be aware of anything. Everyone knows October is Breast Cancer Awareness Month. But March is for disabilities? Who knew? I know I never did. And I have an aunt with cerebral palsy!

So what does it mean to me now that I have a child with disabilities and cerebral palsy? My answer might surprise you.

It doesn't mean a whole lot.

I can hear the sucking intake of breath already. Uuuuuuuhhhhh. Can she be serious?

I don't mean that the day isn't significant at all. What I mean is that it just doesn't mean much to me to celebrate awareness on only the one day of the year. We live this life of disabilities everyday. It's not just one day of the year for us. I don't want just one day of my year to be set aside to honor those who are disabled by CP. If I had my wish everyday would be a day where green ribbons are worn and people raise awareness of this issue. I want to live my life with Liam raising awareness to everyone at all times. It's why when I have been questioned about Liam having Down's Syndrome that I have gotten so upset. It's why when given the chance to have an open dialogue I will proudly say that my son has cerebral palsy (it's not his fault). One day a year isn't enough to teach the world about CP. One day of ribbons and wearing green doesn't say enough about what this disorder does. We live with CP every second of every day and I would wish that I could make awareness a regular routine for Liam and the other 10,000 babies born every year that have cerebral palsy. 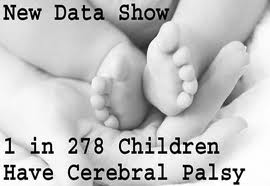 The statistics are staggering yet so many people have no idea what cerebral palsy is. When people look at Liam they think of a more popularized genetic disorder of Down's Syndrome (and it still baffles me that he gets confused with this syndrome). I assume people's familiarity with it is because women have been told for decades how at risk they are of having a child with this chromosomal abnormality if they try to conceive after 35. As a pregnant woman you are checked against this disorder through blood tests and ultrasounds. Women even abort their child if they show the markers of having this genetic disorder. They can receive counseling and brochures about it. But CP? No one can check for that. No one can diagnose this in the womb. No one gives you a brochure. No one ever sees this one coming. And public awareness is not made for it. You can't prevent it. It just happens.

But I am in a fight for Liam.
And I want that awareness to happen everyday of the year. Not just on March 3rd. Or 20th. Or whatever day it really is for this year. 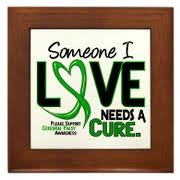 *Somehow that date changes every year...not sure why as this year I'm told it's either March 20th or March 3rd which is very weird to have two very different dates. And with google you'd think I'd have been able to figure out why but I haven't yet.