November 27th always has such a bittersweet taste in my mouth but this year it was almost entirely sweet.

After being gone for three weeks and returning right before Thanksgiving and then Liam's big day, I didn't really have plans to celebrate the day.

But, I didn't want it to go unnoticed and not celebrate the amazing-ness of having Liam in our lives. If not for him, then the day was for us. A day to show him the joy he has brought to all of us.

I bought a mini cake knowing full well he was not going to get his hands in it and try putting it in his mouth. And I figured there was no way he was going to taste any of it. So, for show, I put the cake in front of him, lit the candles, sang "Happy Birthday" and took pictures for posterity.

He enjoyed watching the candles and swiped at the cake once getting the green icing on his hand. 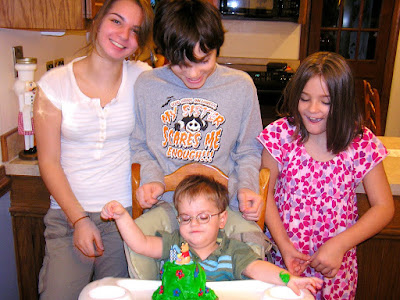 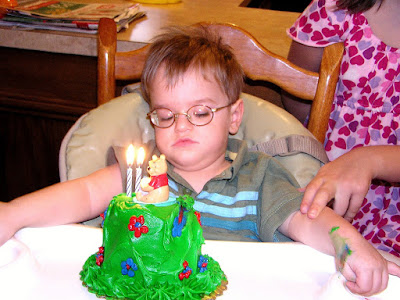 But then, I decided to see if he would at least taste the icing. A taste can't be too bad, right? 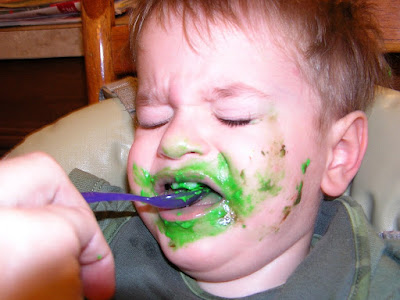 A little gagging and then I could say he tried some of his cake. 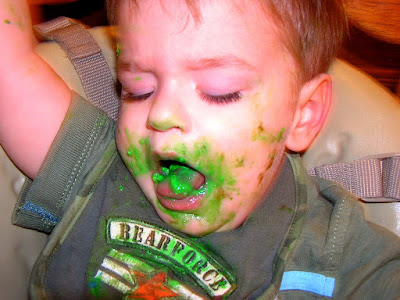 But Liam actually did pretty well! He let me feed him icing. So then I boldly decided to try some cake. 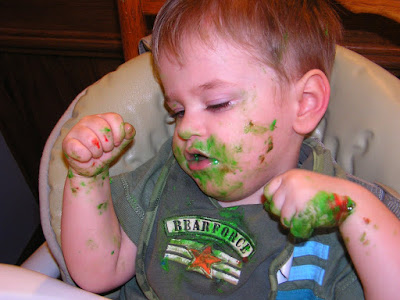 After balking at the texture with the aforementioned gagging, he would take little bites of icing with cake and was actually swallowing it! 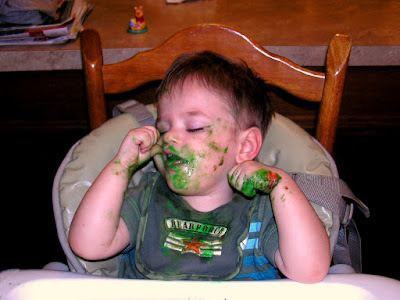 He actually ate cake on his second birthday!