I don't know where the time went and why I disappeared but I am just going to chock it up to time slipping away while I was holed up in the mountains, just me and Liam. I can't believe I haven't posted in so long!

Our last week at Miracle Mountain went by with lightning speed. I thought the week would drag on seeing as how it was the final one and everyone was getting antsy to get home to their families and get on with the holidays. But it was over before I knew it! Woohoo!

My mom and Aidan came up to see me for my final 3 days so that definitely made things go quick. We had such a great time together. On Sunday we headed to the Blue Ridge Parkway and took a walk to Jumpinoff Rock. 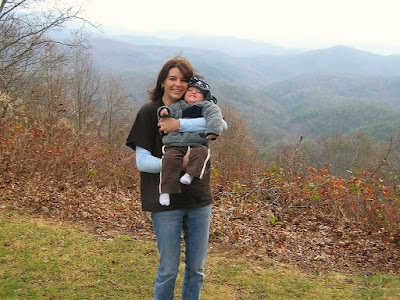 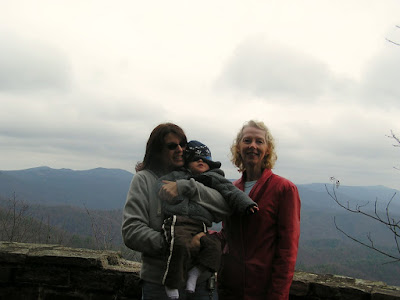 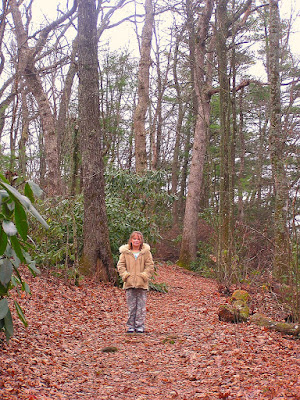 There was no one on the parkway and with cloudy skies and brisk temperatures it made for a perfect day to hike.

Our second hike was to a gorgeous waterfall called the Cascades. It's a long waterfall over slick, smooth rock. Again, we saw no one on the trails and after making our way to the falls, we promptly headed back as the temperatures started to drop. 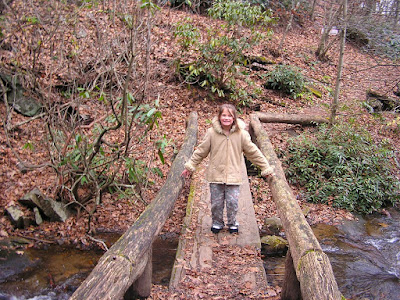 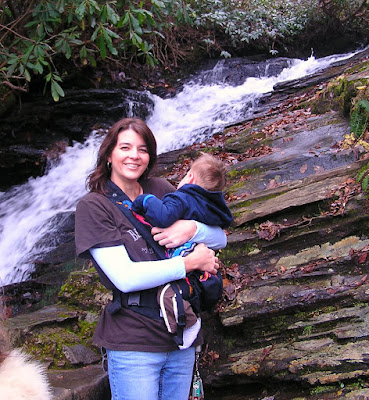 We rounded out that day with shopping in Boone and dinner out. I was even able to get a few Christmas gifts out of the way.

On Monday night we headed to Bristol, TN to go to the Bristol Motor Speedway to see their Speedway in Lights. The entire place was decked out in lights and after a 45 minute drive we went down onto the race track and drove a lap before pulling into the infield where we ate funnel cakes, kettle corn and rode some rides.

Our final dives took place Tuesday and after saying all of our goodbye's, to friends and staff, we headed down the mountains, across the Piedmont and over to the coast where I felt weird walking into a home I left 3 1/2 weeks ago and tried resuming mom mode to my oldest two!

Today was out first full day back at home and with the holiday weekend we had some running around to do but I am looking forward to getting back into the daily grind.

I am excited about the changes I have seen in Liam already from the oxygen! He is now holding his head up when I hold him in certain positions and holding it steady, he is using his back muscles and lifting himself with them, he is much more engaged and interested in what's going on, and he is wanting to stand a lot! He's definitely not the same guy he was 3 weeks ago and it will be interesting to get his therapists perspectives when we start back up in December. I know they are anxious to get back and so are we.

Liam was scheduled for a g-tube on the 30th next week but we are still going to hold off a bit longer and see how his weight is at this next check in. He is probably going to need it before too long if he doesn't change his eating habits. He's definitely got behavior issues with his food and I still want to walk the line of keeping him eating orally with out making him pissed at every turn because we keep putting food in there when he doesn't ever want it. So far so good, but I'm thinking his attitude will only get worse before it gets better. And when that happens, we will all be ready.